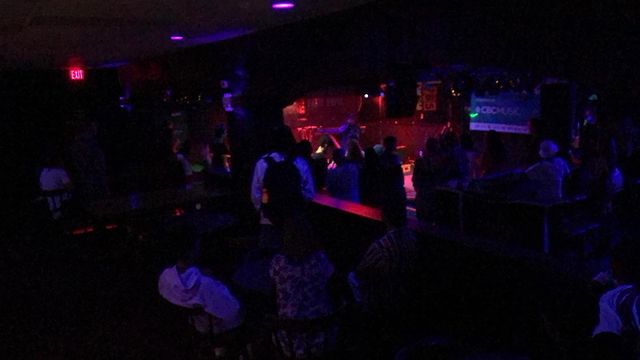 765 Old East’s Backstage Lounge is one of the best Evrvdav venues on the route, with awesome sound and lighting. While not everyone on this list has been booked by Evrvdav, there is credit due to Lighter Juice for curating some of the best talent in the city. Here is a list of some of our favourites.

SBO Swampy has one of the most unique sounds in the scene, now managed by Red Umbrella, and sitting at 30k monthly Spotify listeners, he’s easily a top talent in London.

LLID, recently signed to 312Sounds, has a deep catalog of everything from boom bap, to mainstream rap. Her loyal fanbase has shown her some awesome levels of support, and the future is bright for this artist.

Formerly known as 48HRNTMR, Felle has branched out to focus on his musical background, breaking out with a live performance of Off The Ground featuring guitar and keyboard both written and played by him via loop pedals. His latest single, Nympho, features a more traditional sounding trap instrumental and pop vocals. His first EP was scheduled to be released in March 2021, but we’ll see what’s next for this artist.

Sarnia artist Coobie rolls with Lighter Juice which sees him promoted in London a lot. He has joined the list of Ontario artists who are flying back and forth to LA due to their trajectory, currently at 60k Spotify monthly listeners. With a mainstream level vocal talent, ability to play guitar, and solid quality on consistent drops, Evrvdav would love to work with Coobie in the future.

NG is another artist who’s worked with Lighter Juice, who showcases a wide variety of quality sounds. The Lighter Juice video for That’s Alright is a Lyrical Lemonade level masterpiece, fit with one of the best songs to come from London.

Loaft is a talented artist in Evrvdav’s booking history with a solid vision for his brand and a great stage presence. His team he’s built is efficient and his music he makes as a result is strong and of quality.

Enjyng is a prospect Evrvdav would love to have on stage, has his music stands out from the rest of the scene with a dramatic vibe and a unique vocal delivery. Beautiful vocals coincide with some heavier lyrical content.

Mak6 killed the stage when booked for Evrvdav, with intelligent flow and thick delivery. His High Flyers EP hits goes fast, slow, and even melodic to showcase his ability across a spectrum of flavors.

King Cruff has been on our radar since Lighter Juice featured him, and he’s appearing everywhere across our social media pages with his collaborations and solid product dropping regularly.

Collapsy is a new favourite to come up in the scene. From mainstream to more emo sounds, his vocal talents mesh beautifully with his crazy flows.